Experience the deep meaning of the Four Sacred Weapons.
These are the four Jewels of the Tuatha De Danaan.
Develop your connection to the deep meaning in your life of the four Elemental Magics of Fire, Earth, Air and Water.

Meet each God of the Tuatha who wields the four weapons. Empowering Visionary Worldwide Course.

This is a correspondence course.

The correspondence is supportive and is backed up with reference to both your western and your Vedic astrology. This course is completely personal and individual to you. It is visionary and magical. The Course is Certificated.
The payment you make for the course includes one free online tutor support session, and you may book further on-line tutor support sessions at any point in the course for a small additional payment.

We go on a magical sacred journey together, to learn the deep power, magic, ethics and truth of the four sacred Elemental weapons of the Tuatha De Danann: The Sword, the Spear, The Stone and the Cauldron.

This is a journey of great healing and empowerment, a journey of vision and sacredness.
Before the Tuatha De Danann came back to Ireland to seek to reclaim their homeland here, they travelled the seas for many years and learned from great spiritual teachers all along the Atlantic seaboard and the Mediterranean too. The histories recall that they outstripped their teachers, and one of their great magical and spiritual achievements was vast understanding and healing and empowerment: their gaining the use of the four spiritual weapons.

The first module is vision work to see the arrival of the four sacred weapons here in Ireland at the return of the Tuatha in the Iron Age.
To see their four wonderful Divine guardians.
To see and experience the lines of power from the four weapons being brought to the beach here in Ireland, back to the Elemental Temple or ‘celestial city’ where the divine essence of each weapon resides, along with it’s magus, or spiritual master.
As each weapon is born to the shore, face it, receive it, and note its gift and revelations to you. Note strengths and weaknesses you have in the way you wield each element, and work how to heal and empower around each. ​

These four sacred weapons came to Ireland with the arrival of the Tuatha De Danaan in the Iron Age, maybe 500 BC.

However, it has to be noted that our source of knowledge about the four sacred weapons is a medieval manuscript. But as with all the Irish manuscripts, it must be remembered that they were written by Irish Catholic monks (or more usually: Norman Catholic monks), albeit at the request and sponsorship of noble patrons, who sometimes loved the ancient Irish tradition. But, indeed, the monks either failed to represent the power and inspiration of magic, or they vulgarised the ancient Gods, and even mocked them, or consigned them to Damnation.

The Irish would be indeed surprised to know the truth that the Anglo-Norman invasion of Ireland in 1169, was actually encouraged and authorised by the Pope: Pope Adrian IV. He wanted to impose his Gregorian Church organisation, and tie it to the Roman Empire tradition, now Norman tradition, of the local lord having the gift of tenure to the priests of parishes locally, with efficient tithes collection, and noble younger sons getting positions as priests! The monks who wrote the medieval manuscripts often either failed to represent the power and inspiration of magic, or they vulgarised the ancient Gods, and even mocked them or consigned them to Damnation.

So, this course reopens connection to the magic of the Tuatha De Danaan. As the course unfolds, you must visit each of the four Cities as you work through the course to receive YOUR OWN INDIVIDUAL CONENCTION AND GIFT. 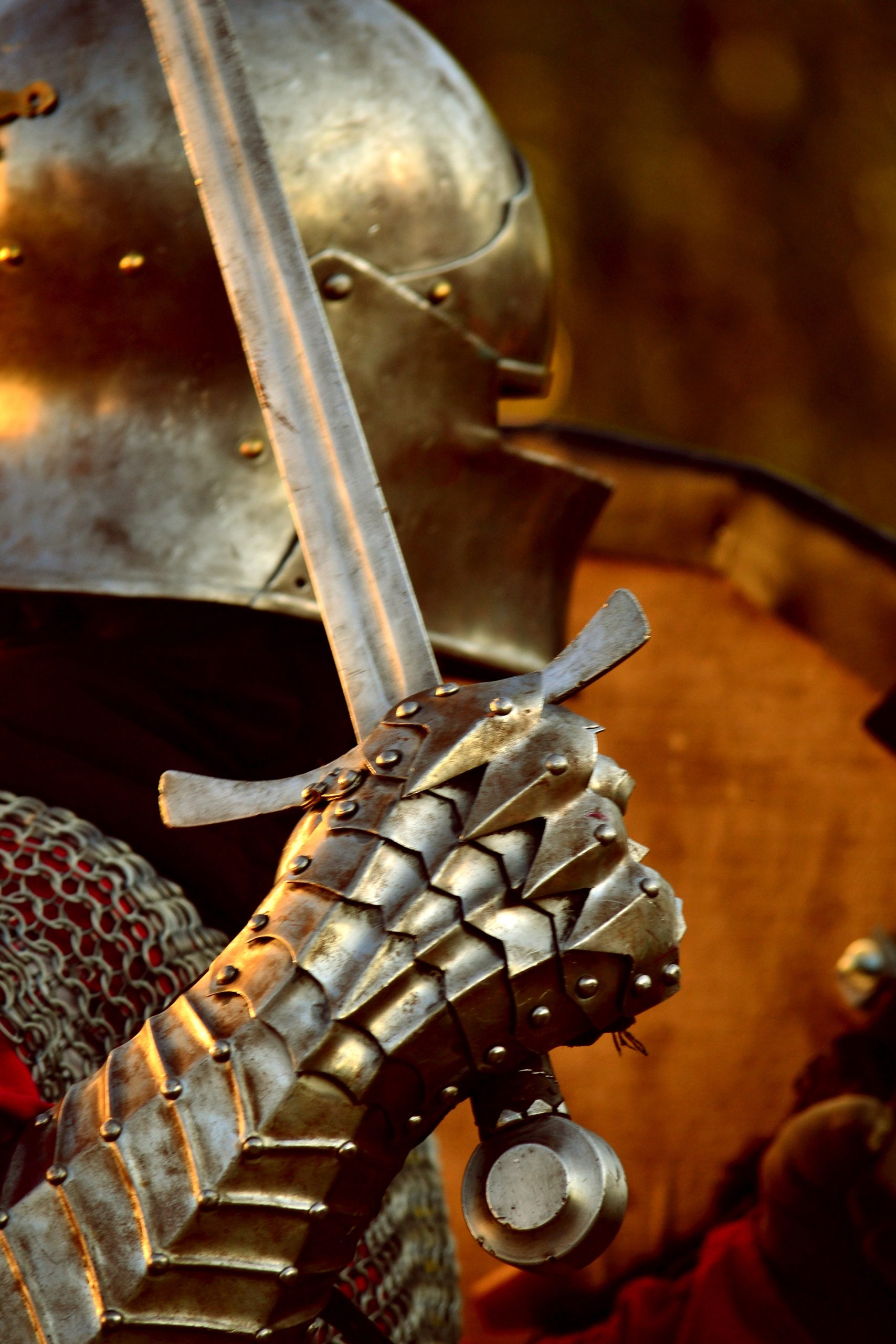 The Sword of Nuada

​The Sword of Nuada equates to Swords in the Tarot.

‘The Sword of Nuada. The element of Air. No man can resist the one who wields it. Brought from the Temple of Findias and guarding the gate of the East.’
No one can resist its blade once drawn
​ When you work with the Sword of Nuada, you are introduced to the magical vastness of the Element of Earth and to the different powers of different types of sword, and you do rituals and meditations to develop self-understanding and make any needed healing, growth and empowerment. ​
The sword is the magical power of the element of Air and is connected with the direction: East.
​Learning the magical power of the Sword, includes learning magical Utterance.
It also teaches the need and methods for Guarding, Limiting and Boundaries.
​It teaches about the limiting dynamic in our life. Something not flowing.
We meet the God associated with the Sword: Nuada.
And we learn the deep truth that sovereignty actually cries out for a true King.

The Spear of Llugh equates to wands in the Tarot.

The Spear of Llugh, The Element of Fire, born by the Great God Llugh, The Spear that no man can withstand, brought from the Temple of Gorias and guarding the gate of the South.’
To fight Balor, no battle ever sustained against it.
When you work with the Spear of Llugh, you contact the deep meaning of the Element of Fire.
​You meditate and achieve focus on your aims in life and define the harvest you seek. Llugh is Lord of Harvest.
​Lightning power runs up and down the Spear: the life-crating Inspiration we all need.
The Spear equates to the Staff, the Opener of the Ways.
​Creative Fire forms the Future. 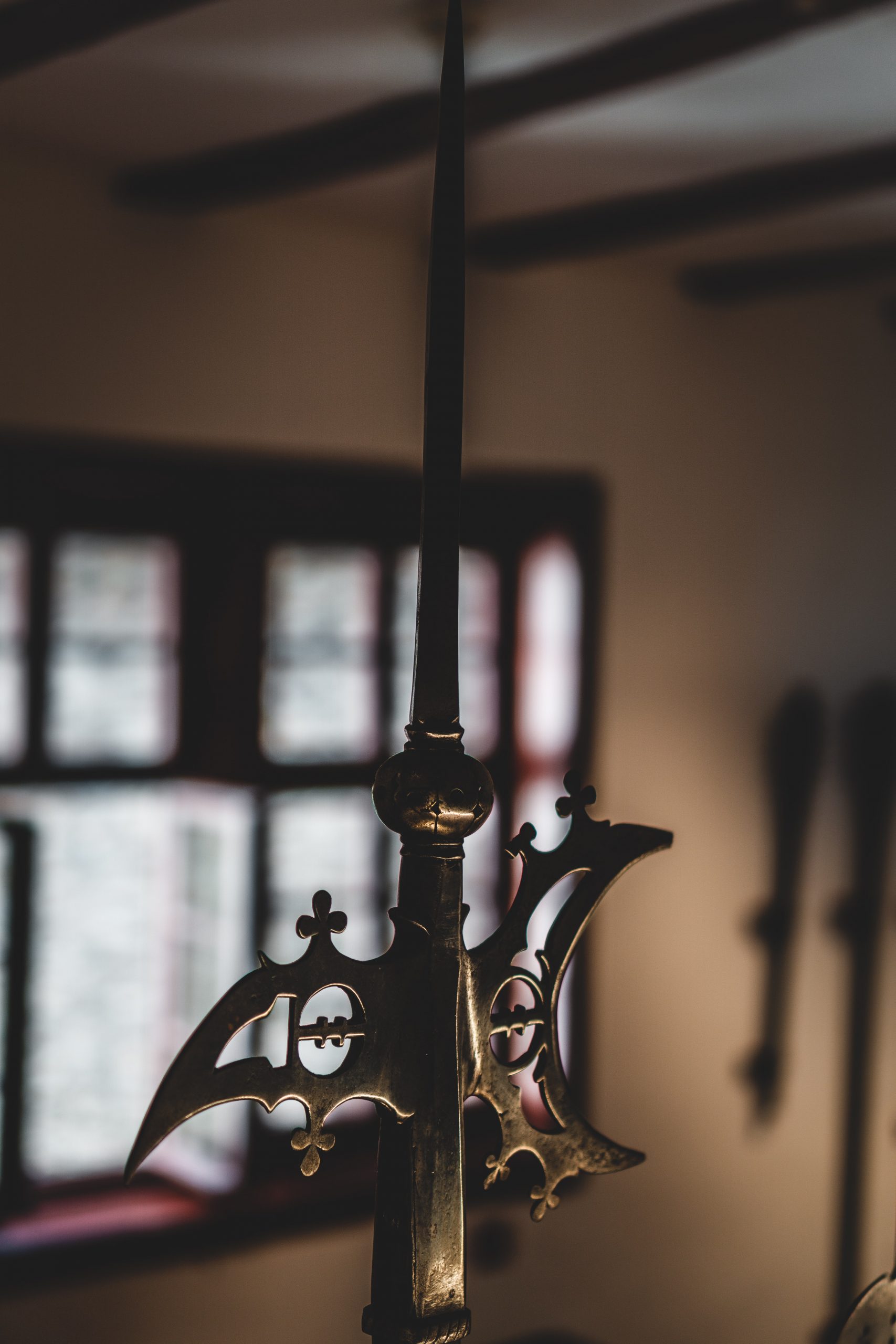 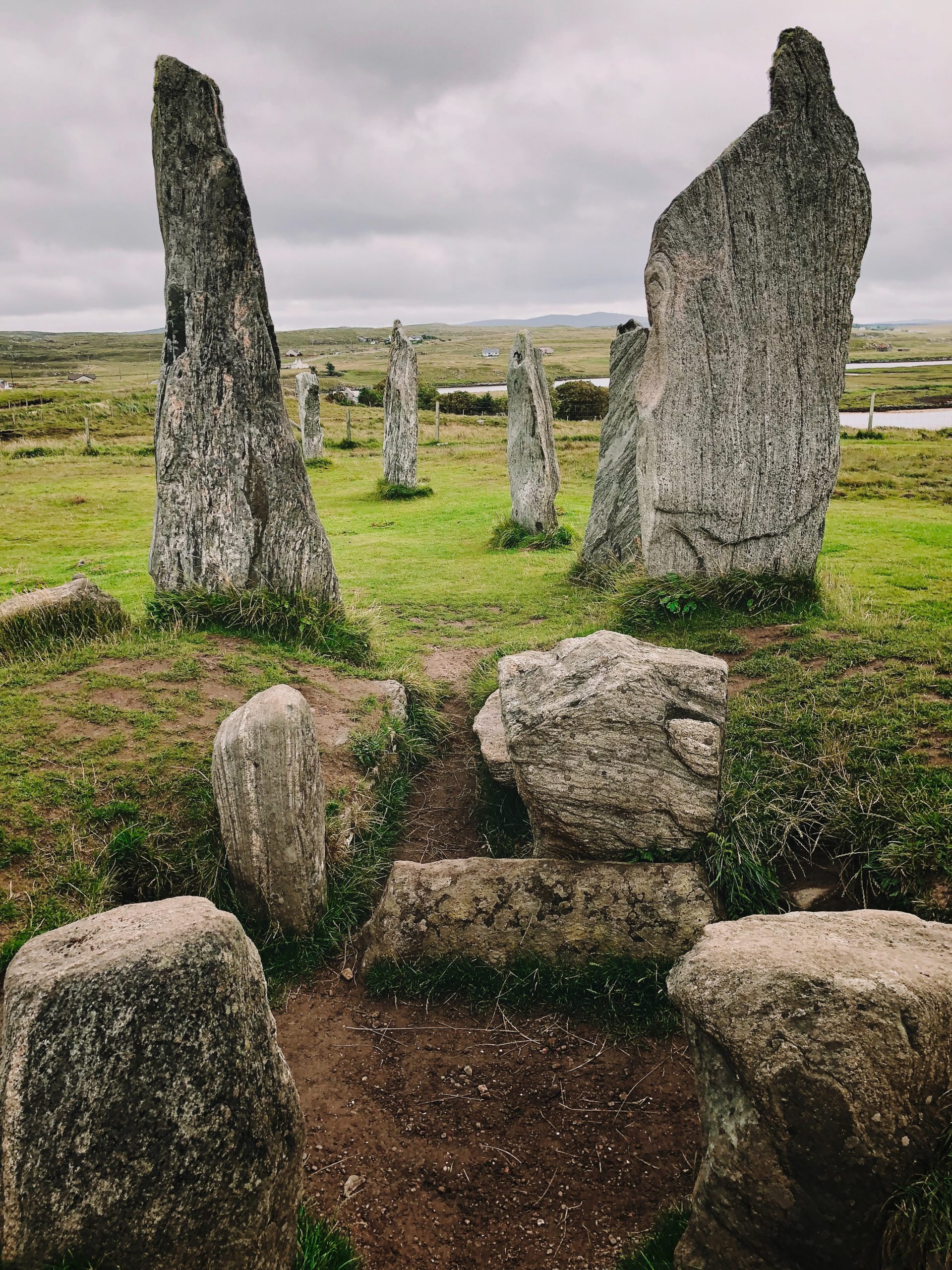 The Stone of Fal

The Element of Earth, The Stone of Fal, born by the Great God Midir, the stone that cries out for the true King, got from the Temple of Falias, and guarding the gate of the North.’
Declares rightful king; keeps Ireland above the waves.
We meet the God often associated with the Sword: Midir.
When you work with the Stone of Fal, you develop your sense of your own sovereignty and all that entails in your relationships and life work, and you make physical stance and realisation of your divine right to creative fulfillment and power. You work with the deep magical meaning of the element of Earth. The Stone of Fal generates also wealth and resources, needing correct physical and spiritual understanding thereof.

The Cauldron of The Dagda

The Cauldron of The Dagda (also called the Coire Dagdae) (Cups)

The Cauldron of The Dagda, the element of Water, that feeds a multitude and gives rebirth and plenty. Brought from the Temple of Murias and guarding the West’.
Regeneration.
Completeness. The end of Illness.
​The end of struggle and the beginning of life, growth and happiness.
When you work with the Cauldron of The Dagda, you develop go deep into elemental work with Water, and you work on such issues as the relationship with the generosity and power of the Good God, and All Father: plenty and renewal, and you learn about and heal yourself as you work with his generous Cauldron of Plenty. You develop your own sense of abundance. The Cauldron is about magical change. We can put raw materials of change into our cauldron and thus imbue the contents with particular energetic forces: the magical will of the Druids/Magicians/Shamans. 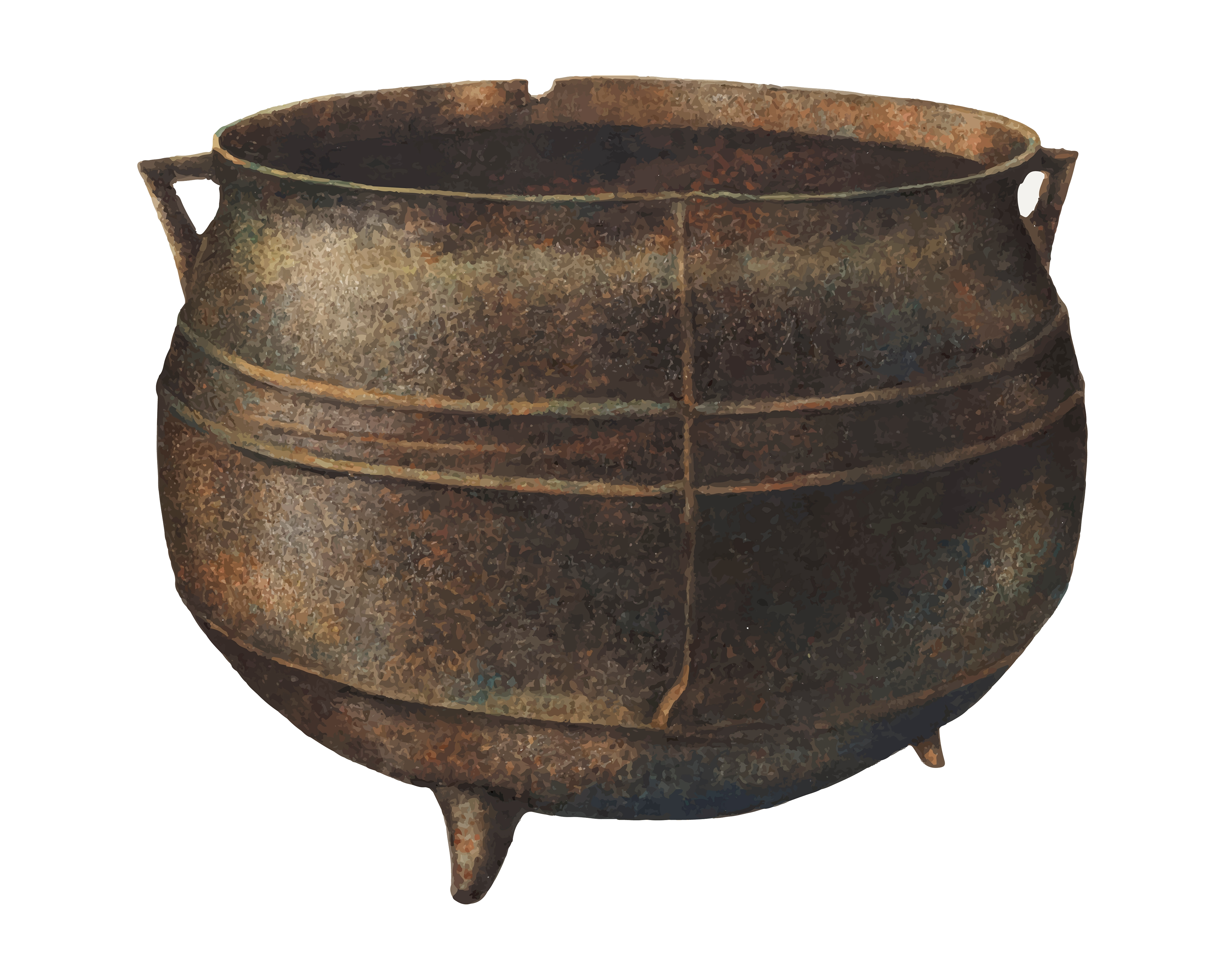 To Buy the three modules of our Four Sacred Weapons Course, please click on the relevant button on the Shop Page.