We are so very happy to announce that a Druid Group serving the North West of Ireland has been formed.

It is actually part of OBOD, and it’s led by Tracey Jean Yappa (or Tatty to her friends).

Our first ritual was for Samhain 2019. And following reduction in coronavirus restrictions, we are glad to hear from people interested in attending.

Get in touch with our group

If you are interested, you can contact Tracey Jean Yappa, artist and craftswoman, about the group, at traceyjeanyappa8@gmail.com

And do please subscribe to our new Blog about ancient Irish and Norse spirituality, The Ogham and The Runes: there’s so very much more news up-coming! Here’s the address:
​https://oghamgodsandrunes.com/about-norse-and-irish-spirituality/

And please do subscribe also to our learned and fascinating Astrology and Healing Blog: https://blog.starwheelastrology.com/ 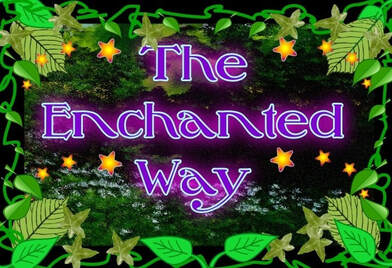 Tatty will take you exploring in the beautiful North West of Ireland’s sacred landscape, where you will be introduced to the trees of the ogham, identify wild herbs and plants and learn about their medicinal and magical uses and properties.

​Here’s some notes on our earlier meetings

Because it was Samhain, there was deep and moving, healing work with the ancestors.

The energies of the Cailleach were present and worked with.

The Sacred Weapons brought yet again their power, meaning, beauty and presence in our lives.

It was so good to feel the high energies in these rocks. It was the high quartz-rich energies that brought these Neolithic people to build their tombs at this and so many similar sites round here, and I believe their priests enhanced the energies on these sites. Such connection with the earth and the heavens can be gained here. These places are portals.

Plus – yes: there was the all-important feast!
​
Here’s some photos from the Samhain 2019 ritual site: 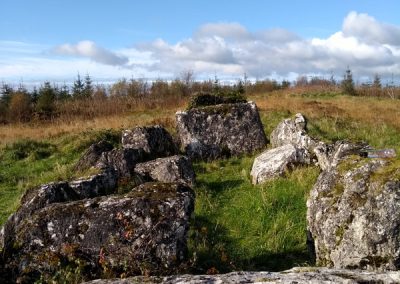 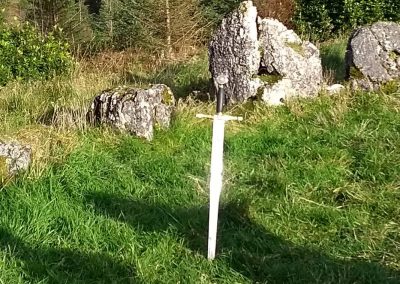 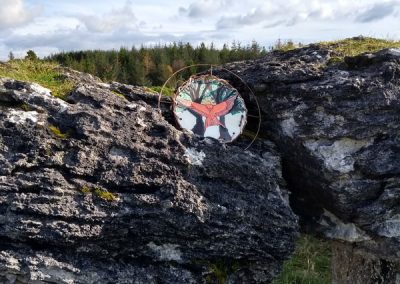 Winter Solstice is the celebration of the death of the old Sun, and the rebirth of the new Sun. at the personal level, this is the acknowledgement of parts of our life that must die now, and the welcoming into new being of new faces to our life.
It’s ultimately about the raising of our consciousness at this time of transition to a new year, and so this video is part of a 7-part video and blog mini-series on this theme.
This was the Winter Solstice Celebration Ritual of the new Druid Group serving the North West of Ireland: its second Ritual: Winter Solstice 2019. It’s a Seed Group within OBOD.

The first part of the Winter Solstice Celebration was at Creevykeel Megalithic tomb, which is overlooking the splendour of Donegal Bay.
Working in contact with one of the stones of the megalith, we gained such vision pictures of the lives of the people who used this tomb for their beloved dead through the Neolithic, First Farmers period around 4,000 to 2,500 BC, where DNA research indicates the people’s ultimate origin was in what is now Southern Turkey.
Working with another stone, we received such strong, healing energy. It was because of this high quartz-content high energy stones that these Neolithic newcomers chose this area.

The second part of the Winter Solstice Celebration was in the remote and utterly beautiful Gleniff Horseshoe Valley nearby, carved by a glacier to the side of Ben Bulben Mountain.
We read the OBOD Winter Solstice ritual – vividly recreating the death of the Old Sun and the Birth of the New Sun.
At the point where the members discarded the black ribbon each carried in mourning for the death of the old Sun we each voiced those parts of our life that are dying now, that have died, or must now die.
We then discarded the black ribbon of mourning and voiced our purpose and intention to be open to new things in our life now: new life areas that will be born. 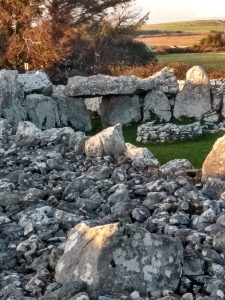 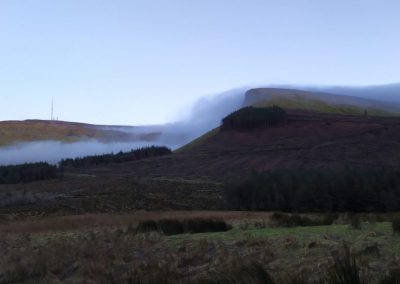 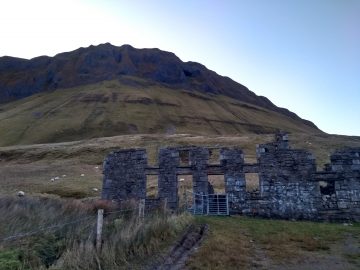 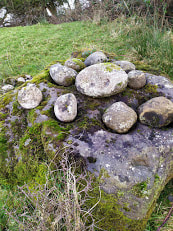 Our Imbolc Ritual was so wonderful. We greatly deepened our awareness and our connection to Great Goddess Brigid. We brought Her energy more into our life and present phase of living.
We created our Brigid’s Crosses to keep Her energy with us in our homes for the year to come.
The land where we met was so full of the energy of Brigid. This was a deeply ancient sacred site, on the edge of beautiful Loch MacNean near Killinagh in Co. Cavan. The landform was so pervasively full of ancient high-energy sacredness. There’s a Court Tomb there and a Brigid’s Well.
There is a huge rare bullean stone stone there, with nine cup marks, similar to the Cup-marked Megalithic Boheh Stone from where the Rolling Sun was anciently witnessed on Croagh Patrick on April 18th and August 24th. The energy that can be felt from this stone is very strong and immensely healing, though of course high energy can also be misused.
There’s also a ruined 6th Century St. Bridget’s Church there to over-ride and utilise the ancient Megalithic sacred energies (with two ‘pagan stones’ built into its foundations), and a graveyard dating back to the 12th Century. 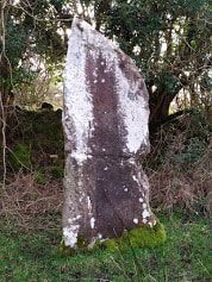 A totally amazing add-on to our Imbolc ritual was our visit to a huge hidden-away very high energy Standing Stone.

According to local oral tradition, this standing stone was taken to its present location by pagans at the time, when they heard that 6th Century Christian monks were heading their way, who had been over-zealous in their bloodshed and forced conversions at a similar pagan site nearby.

​Importantly, according to local tradition, therefore, the Bridget site where we met for Imbolc, was the original location of this ‘pagan idol standing stone’ locally known as Crom Cruaich’, which is now located in a hidden away place nearby. ​By amazing coincidence, Crom Cruach was the pre-Christian God of Cruachan Aigle, the older name of what is now known as Croagh Patrick Mountain. Crom Cruach was an ancient pagan deity of Harvest. He was depicted as bent over under the wieght of the sheaf of the Harvest he carries. 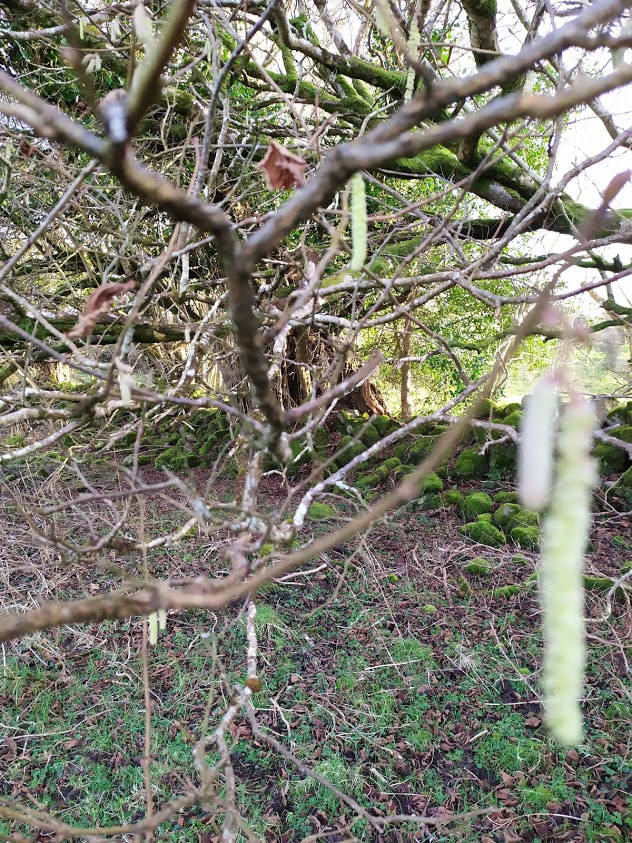 Imbolc is the Festival of the start of Spring. Lambs are being born in the filed across from our house. The earth is clearly beginning to shoot again after the coldness of winter. The Catkins are out! We brought snowdrops for the altar at our ritual and planted them on the site. Imbolc is the festival of the rising light and the rising waters. The presiding energy is that of Great Goddess Briget of the Tuatha De Danaan, Goddess of Midwifery, childbirth, rising inspiration, poetry and smith-craft, Goddess of Healers, Poets and Smiths, Goddess of Divination and Prophecy (I drew a totally useful Tarot card), Goddess of the fairy Hollow Hills (and there are quite a number of those there). Historically her soldier followers were known as Brigands.

Spring Equinox is a time of balance, but when the light force is from now on gaining supremacy over the dark. As the Sun grows stronger we can rejoice, and our own strategies and ambitions can be supported to grow too.
The group planted wild flower seeds, making a commitment to tend them, as we will tend our own developing plans.
It was so good as always to connect to Land, Sea and sky, to the sacred qualities of the four directions.
We meet –
‘By the power of star and stone,
By the power of the land, within and without,
By all that is fair and free.
It was so good to create sacred space, an imprint that will be in that land forever

Beltain if the Festival of the rising light and heat, of Rising Energy, of celebration of mating of the Goddess and the God, of sexual energy and fertility, of exuberance. We are coming into the Light part of the Year.

Our Druid Group in n W Ireland is part of OBOD, and we celebrated Beltain in May 2020, and I’m telling you about it now as part of our June 1st Starwheel Astrology and Healing Newsletter.

We met at the wonderful remote splash pool of the waterfall on the little River Ballymeeny in County Sligo where for 12,000 years the river has cascaded over the hidden waterfall, then through a little meadow of thousands of yellow irises.

And a couple of hundred yards later, it floods into the Atlantic Ocean on a hidden beach in full sight of Ireland’s most ancient sacred core landmarks including Ben Bulben Mountain which is one of the locations for our Sacred West of Ireland Tours, and where W B Yeats wrote The Hosting of the Sidhe and also Knocknarae. And across the bay is Slieve League Mountain in County Donegal.

We attuned and connected to the land spirits of the waterfall and the nearby gnarled root area of ancient trees, and then cast the circle, calling the directions and connected with and benefited from the energies of the elements. The Great Rite was celebrated, and intentions stated for the months ahead and blessings for these gained. We sought to let go of what we no longer wanted in our identity or life. we closed the circle and direction and thanked the elements.

The Summer Solstice is the time of maximum light. The countryside around us revels in colourful and fragrant splendour, we too celebrate the strength and power of the sun and the richness of the earth.
The Winter Solstice was an occasion for mourning the death of the old year and the lowering of all light. Then the sun-child the Mabon was born, and by the Spring Equinox, he had already disputed with darkness the rulership of the Earth’s time.
By now, at the Summer Solstice, he has definitely won and reduced darkness to but a few hours. He is now therefore the victor, and at his most potent. But here is embodied also the teaching of paradoxes – for in reaching his apogee, he has also sown the seed of his downfall – for, of course, from this point the year begins the descent towards the time of the shortest day again>
The crowning of the Oak King, God of the Waxing Year, takes place – even though in his crowning he falls to his twin, the Holly King, God of the Waning Year, since from now on, the days will be shorter.
In passing the crown to the other participants, the truth of our essential equality in Spirit is honoured. 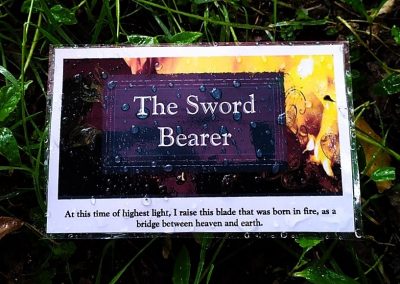 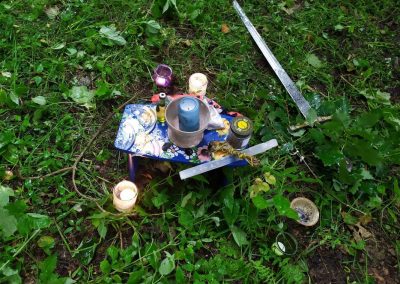 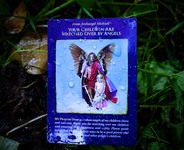 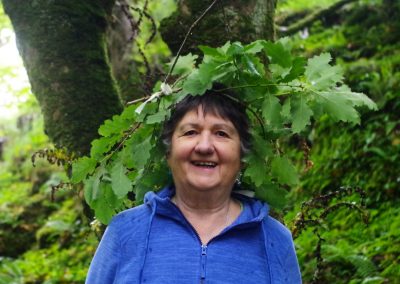 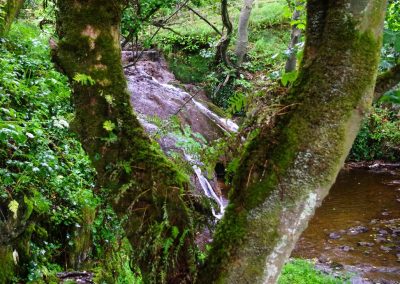 Lughnasadh marks the time of the beginning of harvesting which is then completed by the Autumnal Equinox. It is a time of joy, but also a time to begin preparing for the Autumn. It is now that we begin to reap what we have sown.
It is now that we understand the wisdom of careful preparation, and of the sowing of good seeds in our lives and the lives of others.
Lughnasadh is named after the great god, Lugh, Lord of the Harvest of our Talents, and its origins are associated also with Lugh’s foster-mother, Tailtiu, who laboured to clear the plains of Ireland for agrarian use, and so died. 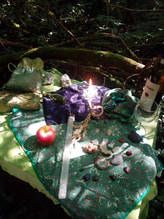 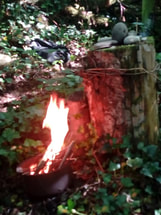 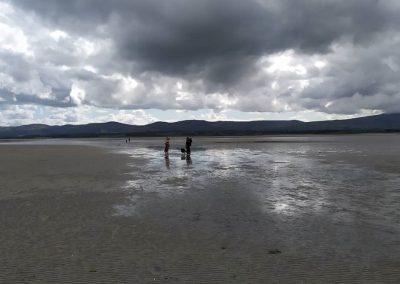 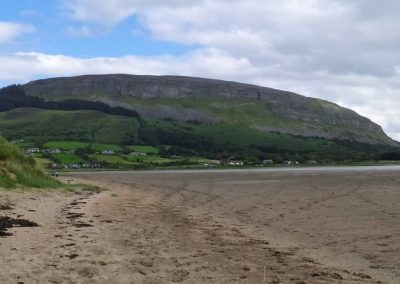 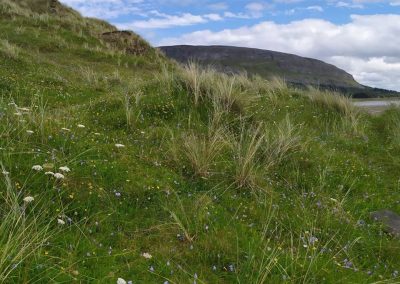 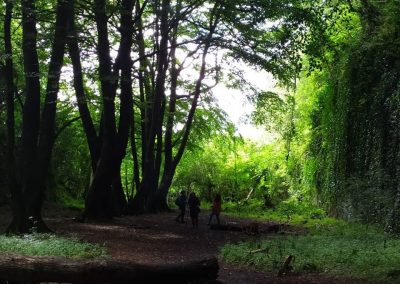 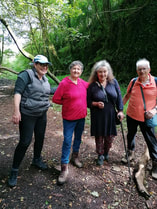 And watch this video to see details of our NW Ireland Druid Group Autumn Equinox Festival, September 2020.
And this festival actually completes one year of our meeting.