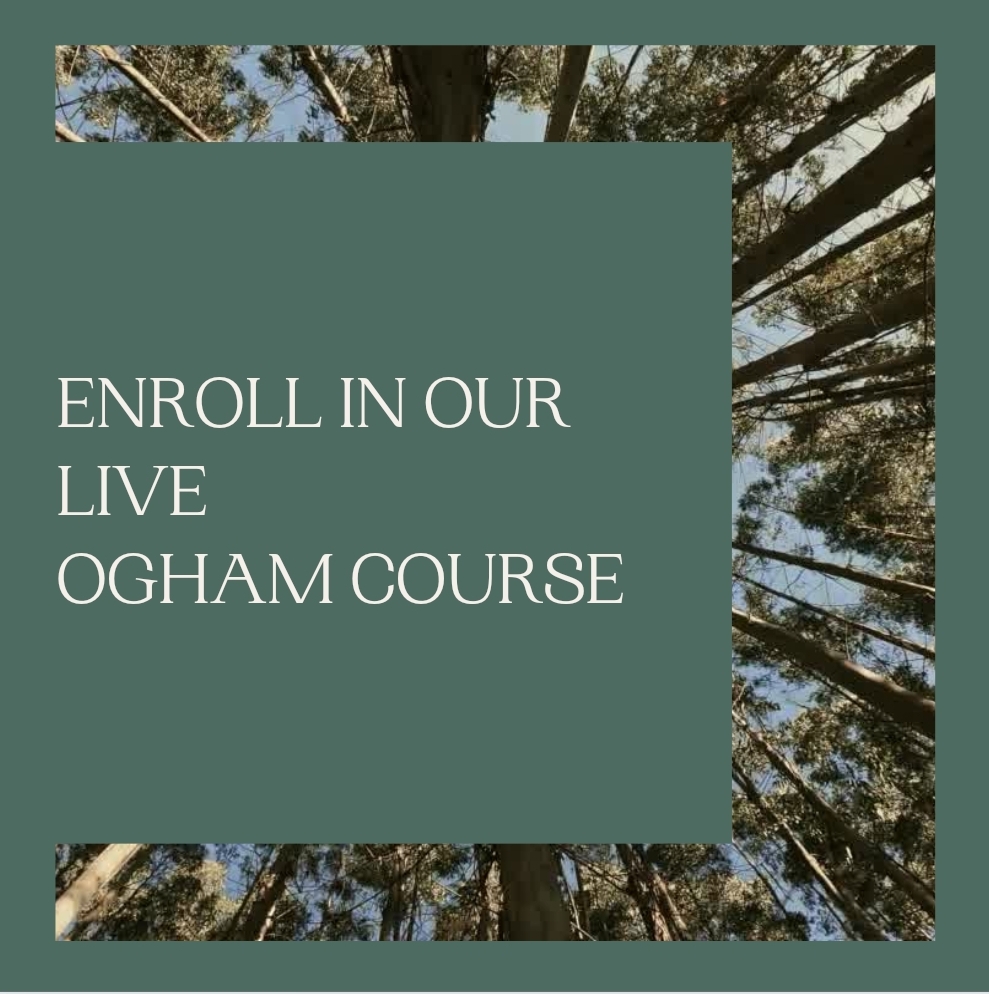 Enroll on our new

The Ogham was the alphabet of the ancient Irish Druids. Each letter corresponds to the energy of a tree (with also several other sets of correspondences).

Each letter is also an enduring magical and visionary gateway to new ways of being, to ways of
bringing in the change you need.
​
This course is a twice monthly online group sacred exploration on the meaning and nature of each of the twenty letters of the Ogham alphabet. The course is Certificated.

The Ogham is mystical and profound. It is beautiful and tantalizing. The Ogham is very ancient. Its date of origin is unknown as nothing of the Druid wisdom system was written down. However the earliest inscriptions that have survived are nearly two thousand year old, and there is good evidence for the Ogham possibly being several hundred years older than that, and undeniably Irish in its source and origin.Central to our understanding is that each Ogham alphabet letter or ‘Few’ represents the soul and energy of a tree. Each Few is also a pathway that run across or between the Celtic Otherworlds which are different, sometimes overlapping states of consciousness which are inhabited by their own beings, for example these realms include the famous Tir na N’Og, the land of eternal Youth, or Magh Mell: the state of Abundance, The Plane of Delight.

Each letter can thus connect you to a very, very special natural-based state of consciousness.
The Ogham and its consciousness is very non-lateral, mystical and beautiful. It is very different from the energy of the Runes, which is far more a will-based system. Both, however, very much have their very different special power and place.

The course is a series of 20 twice monthly on-line sessions held every 2nd and 3rd Wednesday of each month via zoom, starting 13th of July 2022 at 9pm CST.
(The Time Zone is Central Standard Time)
The pricing is: $75 Registration fee and $35 a month

Go to the SHOP page to enroll on your course, then email Lia Cruse your Tutor at lia.rune.path@gmail.com, telling her that you have enrolled on our new on-line Ogham Course starting mid-July 2022.

Lia is originally from a small coastal town in Florida, and relocated to Southern California 2 years ago. Lia was taught shamanic practices starting approximately age 5 until she was 15 by her grandfather, an Indigenous American Man.Some years after his passing, Lia met a Reiki Master and Shamanic Healer, who taught her Usui Reiki, achieving her Master’s Attunements in 2011.

During this time, Lia also came to learn and develop several intuitive abilities and how to utilize these in healing.Lia then came to learn under an Armanen Rune Master, from whom she learned the healing and magical nature of the Armanen Runes. With him Lia developed occult magick practices, shadow work, soul or astral travel, and the basis of her Norse studies and was initiated as a Rune Master and Shamanic Healer.

After her initiation, Lia became very drawn to the runes of many systems and began collecting, studying and working with as many runic systems as I could find. Straying away from current most commonly known, and seeking out systems that are all but lost to the modern world.Working with them on an intuitive level, to uncover as much of their lost wisdom and magick aspossible. This is a constant passion and study that is still part of Lia’s life to this day.Lia’s college course was the study Cultural Anthropology with Religious Anthropology and Shamanistic Anthropology the primary focus of study.Lia then began working with Rune-path and feels that she has found that there are no words for how this path will grow you on a soul level.

The growth echoes into your life in ways that are positively unimaginable. Taking a shamanic path to know and live the purpose of your soul is an experience that is incredible, indescribable, revolutionary, healing, and a magic unlike any other. Lia feels deeply honored to work in these areas and it is her greatest hope that she bring to our 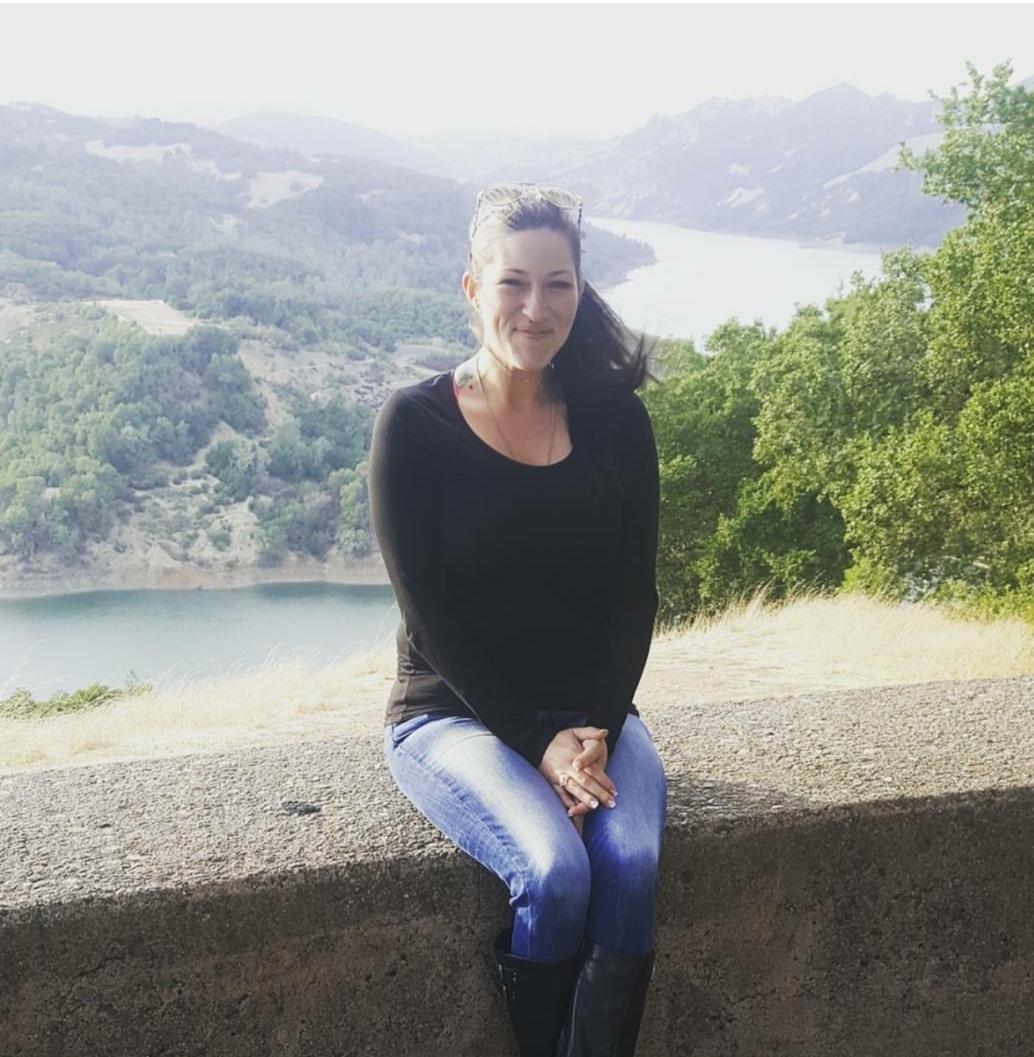